A downloadable game for Windows, macOS, and Linux

"It all started five years ago..."

On the same fateful night, King Lio of Rosaria and Queen Corette of Cepher disappeared. King Lio supposedly fled his country, afraid of the civil war it was fighting and afraid of getting caught in the middle. On the other hand, Queen Corette was murdered, leaving her husband King Arden and the rest of Cepher to search for the elusive culprit.

Lucetta, the main character, is a girl of noble birth from Rosaria. Very much like her king, she unwillingly fled her country in order to escape the war and now stays under Cepher's protection. Over the years she has devoted her free time to looking into both incidents, especially anything regarding the disappearance of her king. After five years of staying in the foreign kingdom, she has decided that she must return home to investigate King Lio's case. With all of the other preparations in order, the last thing she needs to do is come in contact with King Arden and get his approval to move out of Cepher.

There is one problem, however: he plans to accuse her of killing his queen.

Corvus: The lieutenant of Cepher's army, famous for his exceptional skill as a swordsman and ardent devotion for his king. For some reason, he hates Volos to a severe degree.

Volos: The leader of Serpens, the thieves guild of Cepher. Easygoing and a bit foolish, he was one of Lucetta's first friends upon her arrival to Cepher. Allegedly, he stole something from Corvus, resulting in the other's contempt towards him.

Juna: A member of the Tigris Guild, responsible for foreign affairs. Soft spoken and tends to hide things. He is one of Corvus' acquaintances.

Arlo: A Rosarian knight who serves as Lucetta's personal guard. Not much else is known about him.

Arden: The King of Cepher. He has been looking into Corette's murder for the past five years. He knows Lucetta from when he would visit Rosaria.

Changeable Name for the MC

Route Demos for Corvus, Volos, Juna, and a fourth character that can be unlocked after playing at least one of the other three and selecting a specific choice in the prologue (Hint: you have to play the prologue again)

Image Gallery, 7 CGs in the demo and scene replay

Questions you don't have to answer, but I'd appreciate it if you did!

If the MediaFire file doesn't download right away, it's most likely because Chrome sees it as malicious and blocks it as a pop-up. Make sure you allow pop-ups from this site for the link to work.

I was wondering if this project will be taken back up again?

I want to make an adequate reply to this, but the shorthand is that I want to, but life keeps getting in the way.

I made this game when I had a lot of time on my hands, and it hit me right when I was gonna enter college! I'm continuously writing for this game, however, because it's near and dear to my heart as my first game.

I want it finished as much as many other people do I'm sure, and it means a lot that people are still looking forward to updates. Thank you all very much for your patience with me.

(Also, some big life stuff happened to me recently, so I might make an official post about that.)

I feel you, really feels like the concept of time doesn't exist since the pandemic

Soooo I've just played this, (In 2020 Ik the projects old but why not? I mean, Its to good to turn down) And have 2 questions. 1. Why is the development on hold? And 2. Will you be continuing this project? I'm sure this game has lots of potential! Although, If you are busy and can't find the time, I understand. Everyone has their own lives to attend 2. Just wanted to let u know how good this is! UwU

Ah~  plz don't tell me its abandoned! I just saw the tumblr account to see if there was progress in the game but it was just filled with posts 4 "Obey me! Shall we date." I'ma cry...T-T

Senpai! Plz tell me ur still alive! Even confirming its abandoned is enough 4 me!

Hi there! Thank you for being patient with me. This project has not been abandoned, and the reason why it has been put on hold is because I've started college in the past few years and therefore don't have as much free time to manage a project as big as this.

I'm still trying to do minor projects on the side, like smaller games and such, but since this game is the biggest one I have it will take a lot more time for me to complete. It holds a special place in my heart and it would have to take a lot for me to formally abandon it.

oh! Uwah! Sorry 4 being so annoying! I was just really curious. I'ma just sink into a hole 4 a second. o-o

Just finished playing this demo for the first time! I had a lot of fun with it, it's very cute.

Somewhat serious answer: Cian, he hits a lot of character weak spot of mine, but alas! He's an ever out-of-my-reach NPC!

Completely serious answer: Juna. I like how him and the MC are on the same page for a lot of stuff even though they barely know each other. I like quiet, instant understanding connections like that-not necessarily love at first sight, but like meeting an old friend again.

I'm skipping the 2nd question since I didn't play the old one...

I'd rather have it on itch.io because tumblr is somewhat on the outs...Either one would work, but I think you would get more engagement on tumblr thanks to the anon function.

Discord, as that's where everything is moving to at the moment. Tumblr would be good too, but I think it's better for announcements rather than direct engagement.

Are you dead? Seriously. If there's something wrong and you have a reason for being away, I am so so soooo sorry for being rude, harsh and... Yea. Being disrespectful, basically. But like, yea... PLZ PLZ PLZZZZZZZZZZ be alive, healthy, and well, not just because of the game, (Partly, because... duh. I actually know a person as amazing at VN making as you is alive because of this game.) but because any problem which is too hard to get through, is simply a bad thing, but... Yea. If something's wrong, hope everything get's right soon, all the best, take as much time as you need, and all that. But if there's no excuse... pleeeaaassseee!!! PLEASE GIVE THE FULL GAME!! ):

Hello! Coming to inform you that I am certainly not dead and very much alive and healthy, but also rather busy! I apologize for keeping out of touch as far as itch.io is concerned (but not necessarily Tumblr or email), though unless explicitly stated through the Devlog, comments, or some other public form I still want to finish this as a full game.

That being said, I just started college recently and have no way of knowing how much free time that grants me, and considering that this is a solo project it's reasonable to say that this game will take a while to create. I still work on Lost Royalty when I can and when I'm inspired to, and I do have plans to release it route by route. It will take a long time before its fully complete, and I thank you for your continued support and patience for its release. If you're really itching to play something of mine, then I do have another game that's more or less complete if you haven't checked that one out yet.

PS: The first route I'm planning to release is Volos! I hope that's at least a little bit exciting!

Thank you for responding, and I'm sorry if I was rude in my last comment... Really sorry.

About the other game, I've checked it out, and thanks a lot  for making it! Vestr's story is the best! Yeah, I'll wait... Even though it is a LITTLE FRUSTRATING! But take all the time you need. I was just checking if you were still working on it in a not-so-nice way. (Sorry again.) Thanks. You're really awesome.

Hello! Any updates for the game will be on its devlog or on my tumblr. Thank you!

It's not downloading for some reason?? Can you please help?

If nothing's happening, then google chrome thinks that it's a popup and will try to block it. If there's an error message, then please tell me what it says so I can see what's going on

It just doesn't download, how can I fix it??

Does clicking the download button do anything? As in, does it say the "thank you for downloading" message when nothing happened? Because the download button is a link to the mediafire download, it should open a new tab in mediafire. If that isn't happening when you click it, your web browser is most likely trying to block that, treating it as a pop-up.

I'll provide the mediafire link in this reply so that you can copy and paste it into your web browser if it's just the pop-up stuff that's preventing you from downloading it: http://www.mediafire.com/file/vvzb0omseagmxnu/MOLR-1.1-all.zip

i love the art! (squeals) omg im already attached to it ;-;

Oh it looks so cool! Yet for some reason I can't download it..

Is there an error message that appears when you try to download it? Chrome will see it as a popup and probably try to block it, I'm guessing that's what happened. If you're using Chrome, something like "popup blocked" will show at the right side of the search bar. Click on it to change popup settings for the page so you can get to the mediafire download. I'm guessing that you would have to do the same if you were using another browser, but anyway...

If it's a different error message about downloading it, please tell me!

Hello! When full version could be expected? :)

Hello hello! There's no set date for completion yet, but I do hope to finish it within the next year or so. Thank you for your patience!

Please contact me when it would be finished - I'll be waiting for news :) 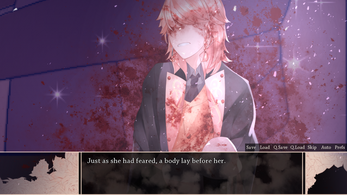 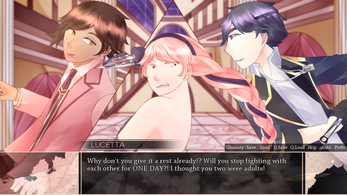 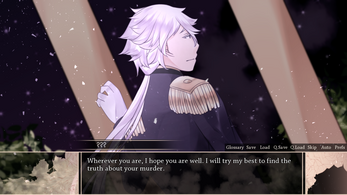 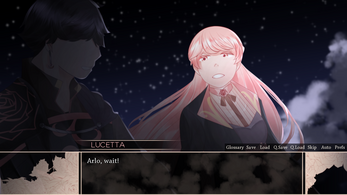